What Can I do to Protect Myself From Black Magic? 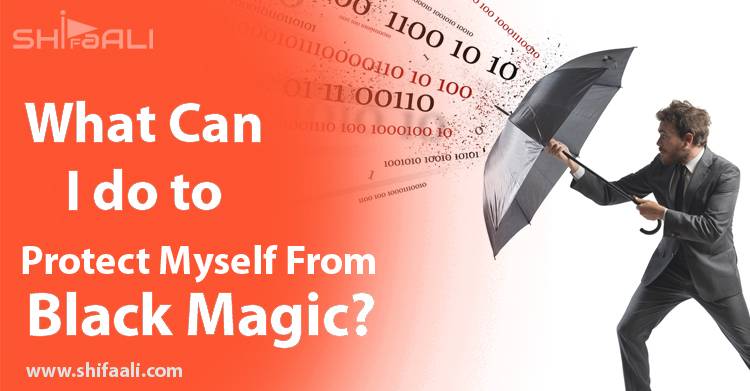 What Can I do to Protect Myself From Black Magic?

To protect oneself from black magic, it is necessary to know that what black magic really is and how it affects human beings. Black magic is when someone spells at you at midnight on the way where you pass regularly like your house door or roads etc.

Sign and symptoms of black magic can be felt by anyone such as stomach ache, headache, pain in breast and nervousness. It is also associated with bad luck and financial loss in Business. Some the biggest Black Magic Symptoms can also be where you experience misfortune and problems in love or with close family members. It involves satanic and evil spirits and sleeping problems. Most of the Victim of black magic can’t look straight into the eyes of other and sometimes can’t even look their own reflection in water and mirror. He feels like something moving in stomach, and strange swelling in different parts of bodies.  Doctors are unable to diagnose because the body order starts working abnormally and no treatment works. They feel dizziness and unknown insecurity. Don’t neglect when diagnosed the black magic symptoms it can be very dangerous that the victim may loss his/her life.

In every religion of the world the concept of black magic is prevalent. It is considered as curse upon a man by some other person spirituality. Different religion of the words has a different and various methods of Spiritual healing to get rid of the menace of Black Magic Symptoms. Historically black magic has got its roots from ancient times to present day. At that time the persons who were suffering from the curse of it treated very brutally.  Spiritual Healing can get rid of all that for you in an efficient and spiritual way. Sometimes they were wiped or chained for a very long time to get spiritual healing. With Spiritual Healing, your soul will be cleansed and purified. Quite often the victims were secluded from society and sent in isolation and treated like animals.

In Islam there is also existence of Black Magic Symptoms. First Followers of Prophet Muhammad were affected with it. Prophet Muhammad (PBUH) has also affirmed the existence of black magic symptoms as Prophet himself suffered the agony of it. He (PBUH) informed and armed his followers and companions to dispel it influence by the verses of Quran and Sunnah. The Most famous method of Spiritual healing is Islam is the verse of Quran referred to as Ruqyah.

Talismans are also part of it. It has a strong connection with Spiritual healing. They are handmade drawn by spirituals person. They are used to perform black magic on anyone.

Black Magic removing Spells are also used to get rid of it .Don’t use these spells on your own at home. If you don’t have spiritual knowledge and inner energy it can be very complicated and dangerous. Look some spiritual healing near you. They have professional healing methods and energy. And they are dealing with these types of cases on daily basis. Every victim has its own condition of Black Magic affect someone has severe and other me affect slightly. They diagnose it and treat it accordingly.

However there are some natural and easy ways involving Spiritual Healing to practice works which can be done to prevent ourselves from the effects of Black Magic.