HAZRAT MOOSA (AS) AND MAGIC 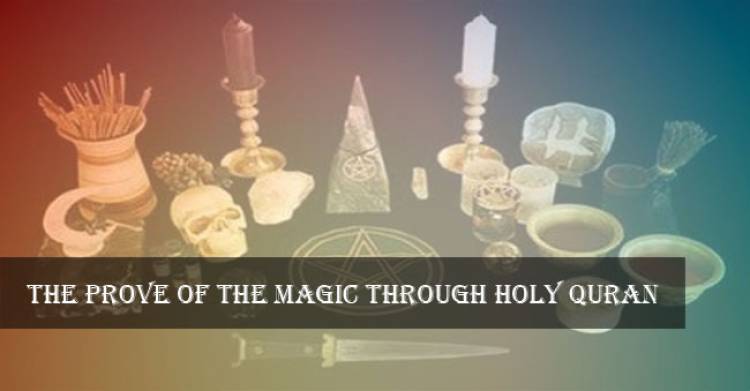 HAZRAT MOOSA (AS) AND MAGIC

In Quran we can see that when Hazrat Moosa (AS) showed pharaoh the right path, pharaoh and his parliament screamed that it is sorcery.

When they see the right path sent from us, they said it is magic (sorcery) (Younas 86)

CONDEMNATION OF SORCERY FROM HAZRAT MOOSA (AS)

Hazrat Moosa (AS) did not refuse about the existence of sorcery but he was surprised and said, “You are considering right path as magic?” with this he also condemn the magic and said, “Magicians (Sorcerers) can’t prosper all the life.” He further added “when you see the right path you started talking like this. Is it magic? Tho the magicians can’t be succeed all the life.” (Younas 88)

In the reign of pharaoh sorcerers had very important role religiously and socially. This is the reason when Hazrat Moosa (AS) showed his miracles with the order of ALLAH (SWT) and later asked for the release of Bani Israel he (pharaoh) vigorously said these both men are magicians, want us to leave our culture and civilization and want us to leave our homes.

He (pharaoh) sent ravens throughout the country to all top magicians to compete Hazrat Moosa (AS). Those were given royal guest houses and an oath was taken from them. They were greedy, selfish, had greed for money and were full of yeastiness. Upon their arrival first of all they asked if we dominate Hazrat Moosa (AS) will we be paid with high reward?

According to these Quranic verses it is clear those were greedy person. They were bargaining and were asking for the reward they will get after dominating Hazrat Moosa (AS). Pharaoh replied don’t ask about the reward I will open doors of my treasures for you. And will reward you as enough as you can’t imagine. If you defeat Hazrat Moosa (AS) and his brother Hazrat Haroon (AS) I will make you member of my parliament and you will be more near to me than others. And you will be the owner of all Egypt.

In ancient times parliament wasn’t like these days, they did not seek public votes neither they were answerable to general public. It was the king who select his parliament and once who is the member of the parliament he remained member for the rest of his life and he was only answerable to king.

You can imagine if in the times of Hazrat Moosa (AS) how much the magic has importance and fear regarding it. The magicians were given royal honor and with this you can easily imagine how much time it would have taken to get to this place? Obviously one thing has to go through an evolution period and it requires a long span of time. Experience of magic it evolution, fame in public and specially making of an importance in the eyes of elite class and more specially earning a special place in the eyes of ruler of the time. And this thing requires centuries for this popularity. We would like to tell you that in all religions sorcery had an important role in all religions.

This also clarifies that magic was involved in the bloods of people from centuries before Hazrat Moosa (AS). Even followers of heavenly inspired religions had also put the teachings of prophets aside and they did not agree to get out of this magical swamp. Not only they were attached to magic but they had given magic a place with the ALLAH and his prophets with same honor.

Magic had a very high importance in all religions whether it was India’s Hinduism, Buddhism, Christianity, Judaism, Zoroastrianism and all western and eastern nations. It had a religiously high and important place. When it has a very high role in the eyes of people and who can stop them to rule over the people. Obviously nothing.